Imagine the scene: a military coup ousts your country’s government. The presidential palace is looted; several northern towns are taken by force; religious shrines are burnt and thousands of people are displaced. This is surely the worst thing that could happen to your country.

It is exactly what happened in Mali in March 2012, an unexpected consequence of the downfall of Muammar Gadaffi in nearby Libya, which served to destabilise the region, directing weapons into the waiting arms of Toureg rebels, who had been fighting – unsuccessfully – for the Libyan leader. The Touregs joined forces with other discontented minorities in the north of the country, including Islamist groups wishing to impose Sharia law, and succeeded in overthrowing the government of Amadou Toumani Touré.

As the international community sought to quell the coup as quickly as possible in the country previously held up as a model of democracy in Africa, another threat, potentially even more dangerous, was manifesting. Eleven million people in Mali were suffering from neglected tropical diseases (NTDs), a particularly pernicious group of illnesses, including intestinal worms, schistosomiasis, river blindness, and lymphatic filariasis, which debilitate the poorest and most vulnerable people on earth. A series of prevention programmes across the landlocked country were in place as the coup ignited, but as instability and unrest became entrenched, funders were obliged to freeze investments. Even USAID suspended its activity temporarily. To stop the prevention and treatment programmes as the conflict spread may well have proved a bigger disaster in the longer term for Mali and its people than a bloody civil war. Cutting off support at the critical point would have set it back decades in terms of NTD control, putting millions of people at risk of reinfection. This is where private philanthropy stepped in and changed the course of history for Mali’s people. 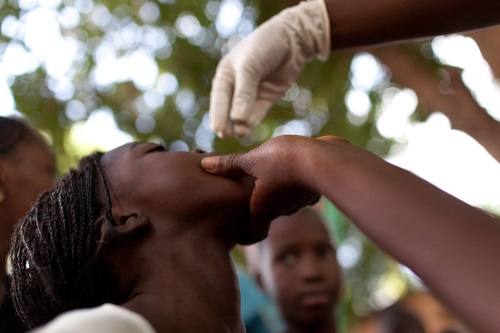 In the same year, Legatum had established the END Fund, an independent vehicle to bring together private donors to accomplish one big goal: to see an end to NTDs in our lifetime. The Fund had been working in Burundi and Rwanda, the second stage of a pilot programme funded by Legatum, which so far had seen outstanding results – in Burundi, for example, prevalence of schistosomiasis (bilharzia), an infection caused by a parasitic worm, was reduced from 12% to 1.4% from 2007 to 2012. Ellen Agler, CEO of the END Fund, recognised the potentially devastating impact of the situation in Mali and was determined to take action.

Ellen immediately approached Legatum, asking to redirect some of their initial funding toward efforts in Mali, where the funding gap had been left wide open, as a result of the coup. Trusting her knowledge and expertise, Legatum agreed to underwrite the initiative. This commitment provided the END Fund with the backing it needed to act, while at the same time provided reassurance to other donors. Stepping forward when others did not helped to restore confidence in the region and within a year, the END Fund had close to US$2 million worth of commitments. Even in the midst of a violent civil conflict, millions of treatments to the very poorest people in the most remote communities were able to continue. USAID and other agencies were later able to re-enter the country and resume where they had left off. Ultimately, six new donors to the END Fund, primarily African natural resources companies, stepped into the breach and funded the project. This extraordinary story exists because of the power of private philanthropy, and its ability to move swiftly and deliver impact when and where it is most needed.

"Even in the midst of a violent civil conflict, millions of treatments to the very poorest people in the most remote communities were able to continue."

Since its celebrated achievements in Mali in 2012, the END Fund has gone on to raise over US$75 million and deliver over 310 million treatments to over 140 million people through mass drug administrations globally. The key to its success is a collaborative approach. It is Legatum’s belief that, in order to create pathways from poverty to prosperity, people from every strata of society – from people living in remote villages to business owners, NGO workers and government officials - need to work together in a coordinated way to transform an entire system. At its best, a collaborative approach channels the efforts of every organisation within a recognised network to deliver impact which is far greater than the sum of their individual input. Like a conventional financial investment fund, the END Fund measures results, benchmarks against other providers of similar care to establish expected costs, and sets out to demonstrate value for money.

The journey into NTDs began for Legatum in 2006, when one of the company partners read a newspaper article which explained that, by combining modest funding with a little imagination, you could effectively treat this cluster of malevolent diseases that had otherwise been overlooked by donors. This suggested that, with some creative investment, NTDs could be the ‘best buy in public health’; a life could be changed for as little as US$0.50, channelled correctly into a rigorous mass drug administration. To put this into perspective, sub-Saharan Africa could save US$52 billion in purchasing power parity by 2030 if it meets the World Health Organization’s 2020 control and elimination goals for the five most common NTDs.

"...with some creative investment, NTDs could be the ‘best buy in public health’; a life could be changed for as little as US$0.50."

After successfully piloting the programme in Burundi and Rwanda, Legatum had the data to demonstrate that controlling these diseases was possible and knew the drugs needed to treat NTDs were already being donated by nine major pharma companies, but there was a huge gap, in terms of sufficient delivery framework. The END Fund and its partners have been able to plug this gap.  What was lacking was not leadership, or commitment, or even medicine, but someone willing to take a risk on something that hadn’t been done before on a countrywide basis. This groundbreaking investment created a proof of concept that allowed other donors to follow and build upon. 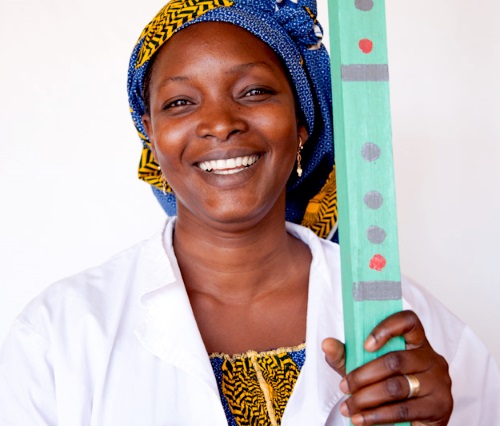 Philanthropy is becoming more sophisticated year-on-year, with more emphasis being placed on the ‘Return on Investment’ than just dollars spent. Five years on, as a representative of private philanthropy’s key role in NTD control efforts, I’m proud to be joining our Uniting to Combat NTDs peers, a coalition of invested, passionate, and dedicated partners, working to fulfil the London Declaration on NTDs, at the NTD Summit in Geneva this week.

While we have come a long way, we still have a lot to do. Legatum is infused with the belief that everything is possible. Our dream is to see the END of these diseases in our lifetime, an increasingly realistic prospect. But this can only happen by working in close collaboration with others.  Private philanthropy, though vital, is but one cog in a giant wheel. We want to see governments, NGOs, businesses and everyday people all working together to achieve something monumental. The eventual elimination of NTDs, funded in part by private philanthropy, will be a vital marker for global poverty alleviation and a chance for millions of people in the poorest regions of the world to reach their true potential. So we are thankful to all the actors who have each played an indispensable part in the journey so far, and we invite and welcome others to join with us, through the END Fund, to end these diseases once and for all. What a legacy that would be for the next generation.