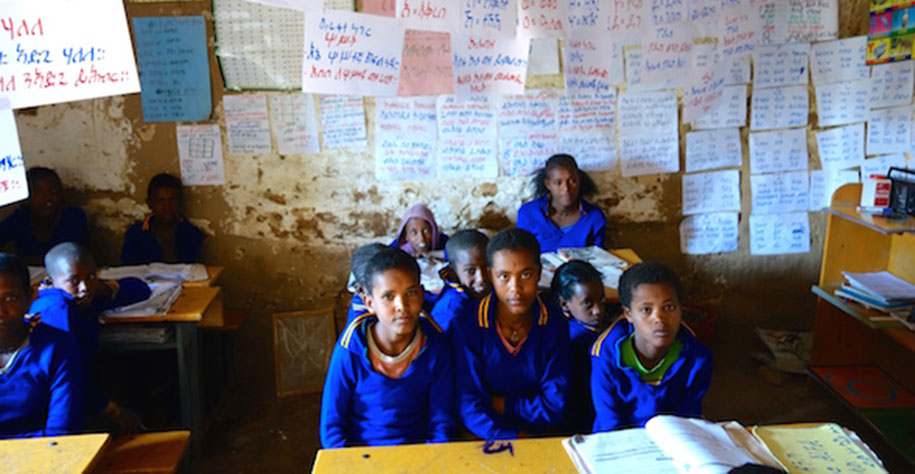 Bordered by Eritrea to the north and Sudan to the west, Tigray Region is the northernmost of nine ethnic regions in Ethiopia. In the past, Ethiopia has most often been portrayed through the prism of its historic bouts of drought-related famine. Today, the country is referred to as the "darling of the global development community."

According to 2012 data from UNESCO's Institute for Statistics, there were 58 million children between the ages of 6 and 11 and another 63 million children between the ages of 12 and 15 who were out of school in Ethiopia. This amounts to 121 million children, half of which live in conflict-affected countries and are therefore at increased risk for all forms of exploitation. To tackle the issue, the Legatum Foundation, the development arm of Legatum Group, a Dubai-based global private investment firm, have developed a 9-month accelerated learning programme called Speed Schools which allows students to jump three grade levels and then be transitioned into the government school.

In many ways, the Legatum Foundation has taken the risk of entering into uncharted waters. The result was a whole host of successes and challenges. The primary success was that over 34,000 children were enrolled across 1,210 Speed Schools, and 25,000 of those children went on to pass the government qualification exams and could therefore join the formal school system.

Speed School is an accelerated learning programme operated by the Luminos Fund - a fund dedicated to ensuring children denied the chance to learn by conflict, poverty, or discrimination get access to a quality education.