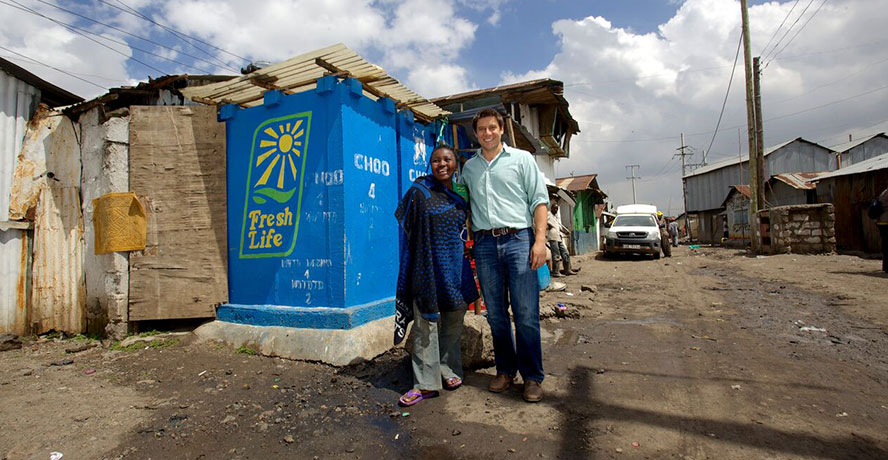 Legatum Fellows who will be showcasing their work, include:

John Lewandowski - Disease Diagnostic Group
John's venture, Disease Diagnostic Group, is reinventing global health diagnostics with an innovative magneto-optical platform technology to identify mosquito-borne illnesses like dengue, in real-time, from one drop of blood. The company has raised more than a million dollars in research funding.

Conor Smith - New Day
Conor's venture, New Day, is a smart employment platform providing job-matching to tens of thousands of blue collar workers in South East Asia. Over the past five months they have grown four-fold, driven by improvements in the quality of the product and stellar customer service. 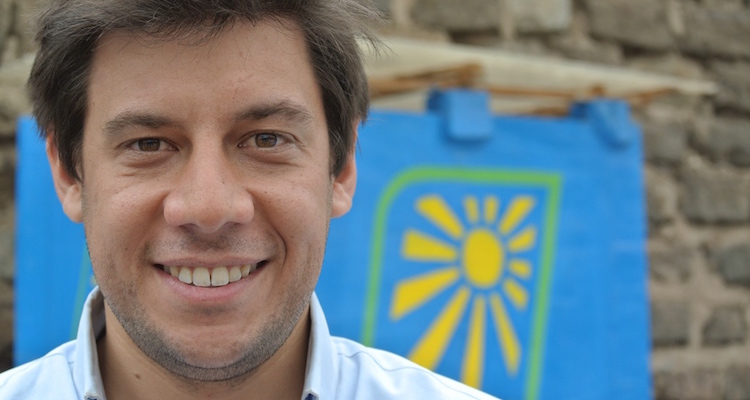 In 2009, the founding trio of Sanergy committed to solving a crucial sanitation challenge: How do we create a system that adds value to human waste and makes sanitation profitable? Having met on a hiking trip during MIT Sloan orientation, Legatum Fellows David and Ani, along with their cofounder Lindsay Stradley, decided they were “kindred spirits” and agreed to create a viable startup together that would help the planet. David convinced the team to tackle the global sanitation crisis, which he had witnessed first-hand while teaching in rural China. They learned that, globally, poor sanitation was responsible for a loss of $260 billion, and one million lives, each year. The team decided to launch in Nairobi, Kenya, viewing it as an entrepreneurial hub of major donors, impact investors, and social businesses. There, Sanergy began to manufacture low-cost, high-quality sanitation facilities, franchise those toilets to urban informal settlements, and collect the sewage for conversion into fertilizer and animal feed. Today, Sanergy serves 53,000 people per day across 1,200 active toilets. Sanergy’s toilets provide an income of $1,000 per unit per year to its franchised operators, who are all residents of informal settlements. The company collected over 9 metric tons of waste and has been growing by 50-60 toilets per month. David, Ani, and Lindsay intend to saturate the entire market in all of Nairobi’s slums, at which point they can leverage economies of scale both in collecting waste and in culturing fertilizer. When Sanergy achieves its anticipated scale, its sanitation services will cost the government only $10 per person per year—compared to the cost of installing and maintaining a running-water sewer in the informal settlements, which would cost $56 per person per year. 4.1 billion people lack access to basic sanitation services, such as toilets or latrines.

While volunteering as a teacher in rural Mexico, Sam observed the largely untapped potential for technology to deliver valuable educational content to the developing world. Unfortunately, even though many students did have access to the internet, including from their phones, the lack of telecommunications infrastructure meant that data was both slow and costly, often limiting them to text-based apps. Even as online education initiatives like Khan Academy and Udacity flooded the internet with free educational video content, Sam wondered, “How will this content transform the lives of students if they don’t even have the connectivity to access it?” Sam came to MIT where he met his cofounder Tunde, who had witnessed the same problems Sam had but in Nigeria while he was a university student. Tunde shared Sam’s desire to explore online education in emerging markets. Together they developed a technology called Video Vectorization which packages chalkboard-style video lessons using a text-based vector format—rather than pixels—resulting in very small file sizes that will load more quickly, and cheaply, even on slow connections. In fact, according to dot Learn their compression technology “makes video learning as data light as Whatsapp and as affordable as SMS.” With their new company dot Learn, Sam and Tunde piloted their new compression technology in Ghana targeting the secondary school system and students who were preparing to take the national exam necessary for entrance into college. They’ve hired 12 teachers to build the math course, with other courses under development, and after a year of operation in Ghana they have 15,000 students, with plans to expand to Nigeria underway.

103 million youth worldwide lack basic literacy skills, and more than 60 percent of them are women.

About the Legatum Center

The Legatum Center was founded on the belief that entrepreneurs and their market-driven solutions are critical to tackling the world’s greatest challenges and driving global prosperity. Based at MIT Sloan School of Management, the Center leverages expertise and research across campus to equip future leaders with the skills, values, and critical thinking they need to succeed as entrepreneurial change agents. The Center’s capstone initiative is the Legatum Fellowship Programme which provides aspiring entrepreneurs with a world-class education and substantial tuition support. Each year, they assemble a cohort of approximately 20 students from across MIT who are committed to building and scaling ventures in the developing world. Over the course of the academic year, these Fellows receive tuition and travel funding, special for-credit seminars, mentorship and access to cross-campus resources to support their needs.

To learn more about the Legatum Center at MIT, please visit legatum.mit.edu or follow on Twitter @MITLegatum.